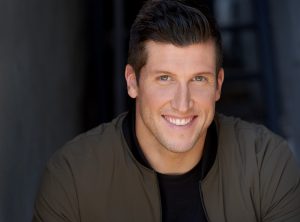 A man for all seasons, Brad Smith was a wide receiver and slotback in the CFL. After six seasons playing football For Toronto, Montreal, and Edmonton.  Brad marked his TV debut as the Bachelor in The Bachelor Canada. Brad then was hired as a Co-Host of Breakfast Television, Canada’s number one morning show, Entertainment City, and Your World This Week. Brad’s new path in television and love for food made him a perfect fit as the Host for Chopped Canada, Bake it Possible, Neighbourhood Eats, and The Big Bake.  Brad’s passion for food didn’t stop on the TV screen, he jumped right into the business and opened Resto Boemo and Chef’s Table. Brad has had a lifelong passion for food and his restaurant Boemo was awarded Best burger in Toronto by Toronto Life, as well as “The Gnocchi that Beat Bobby Flay!”