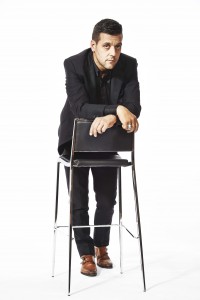 The ten-time Gemini Award and Canadian Screen Award winner joined Hockey Night in Canada and Sportsnet after an immensely successful 10 years at CBC, where he was the host and co-executive producer of the prime time talk show George Stroumboulopoulos Tonight and The Hour.

As host of Hockey Night in Canada, Stroumboulopoulos is returning to his roots in sports, having spent the first four years of his career as a sports reporter at The Fan 590 (now Sportsnet 590 The FAN).

Stroumboulopoulos began his television career in 2000, joining MuchMusic as the producer and host of NewMusic and MuchNews. In 2005, he moved over to CBC as host and co-executive producer of The Hour, which then became George Stroumboulopoulos Tonight. Stroumboulopoulos expanded his role at CBC in 2007, hosting The Strombo Show, a syndicated music and talk radio show, which still airs Sundays at 8 p.m. on CBC Radio 2.

In addition to his role as a broadcaster, Stroumboulopoulos is active in many social and environmental issues. In January 2010, he brought together actors, artists and athletes for Haiti relief efforts as the executive producer and co-host of Canada for Haiti, a live benefit that raised more than 27 million dollars for Haitian earthquake victims. His charitable work includes Nelson Mandela’s Children’s Fund (Canada), the Canada Africa Partnership on AIDS (CAP AIDS), War Child Canada, and Make Poverty History. Stroumboulopoulos currently sits on the auxiliary board for The David Suzuki Foundation, as well as Artists for Peace and Justice Canada (APJ). He is also Canada’s first Ambassador Against Hunger for the United Nations World Food Programme.