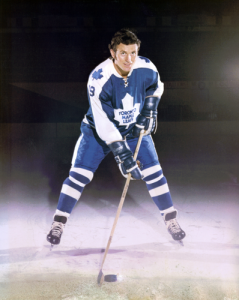 That goal might made Henderson a star, but it didn’t define him as a person.

A native of Kincardine, Henderson played for the Detroit Red Wings, Toronto Maple Leafs and Atlanta Flames in the NHL, as well as the Toronto/Birmingham Toros of the WHA.

He was inducted into Canada’s Sports Hall of Fame individually and along with Team Canada.

He was awarded the Order of Canada in 2013 for his social and charity work, as well as his hockey achievements. A year later, he received the Order of Ontario.

All of which makes Paul Henderson a most fitting 2018 recipient of the Conn Smythe Lifetime Achievement Award.